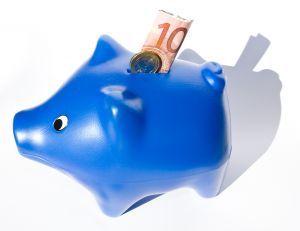 Survey finds Canadians aren’t sure how much they’ll need for retirement The other top suggestions from retirees are: contribute the maximum amount to your RRSP each year (44%) and pay off all debts before retiring (43%) The poll revealed that the majority (60%) of working Canadians do not plan to save for their retirement as long as today’s retirees recommend, with 15% saying they will spend less than five years saving for retirement: 9% said they will save for less than five years and 6% said they won’t actively save for retirement at all. In contrast, when retirees were asked how long they think they should have saved for their retirement, more than two-thirds (69%) said they should have saved for their retirement for more than 25 years. The poll found that a significant number of working Canadians plan to work longer than current retirees did during their careers. About two-thirds of working Canadians expect to retire in their 60s (64%): 28% in their early 60s and 36% after 65. Sixteen per cent think they will keep working into their 70s. This is later in life than current retirees, who said they left the full-time workforce in their late 50s (36%) or early 60s (25%), with only 3% working into their 70s. Thirty-nine per cent of working Canadians expect to retire with some debt, despite retirees’ advice that they should try to tackle it before leaving the workforce. TD Bank Group commissioned Environics Research Group to conduct an online custom survey of 2,407 Canadians 25 years of age or older, including 1,251 working Canadians and 929 retired Canadians. The total sample was weighted by age, gender and region to be proportionately representative of the Canadian population 25 years of age and older. Responses were collected between Dec. 5 and 11, 2012. Earnings surge for Great-West Lifeco in Q4 Related news Keywords Retirement Canadian retirees have a wake-up call for the majority of working Canadians who expect to retire in their 60s: stop procrastinating and start saving for retirement now. According to findings from the TD Retirement Realities Poll, the top piece of advice retirees have for working Canadians is to save more money by creating a budget and sticking to it (52%). IE Staff Snowbirds win legal battle to reinstate out-of-province medical coverage Facebook LinkedIn Twitter Share this article and your comments with peers on social media read more